The life of Adam Smith

Adam Smith, therefore, deserves his place as a central figure of the Scottish Enlightenment - the extraordinary flowering of intellectual and cultural achievement that contributed so much to the shaping of the modern world.

Portrait of Adam Smith by the Edinburgh printmaker and caricaturist John Kay, 1790

Smith’s fame, and that of his best-known work, first published in 1776, is reflected in the title of the print.

Glasgow University as it would have looked during the time Adam Smith spent there as a student from 1737 to 1740. Smith returned to teach at the university in 1751, holding first the chair of logic then of moral philosophy. He spent the next 13 years there, regarding it as the ‘the most useful, and, therefore, as by far the happiest and most honourable period of my life.’ The university’s mid-17th century building was regarded as one of the finest in Scotland and was located on the east side of the city’s High Street.

© Reproduced by permission of the National Library of Scotland 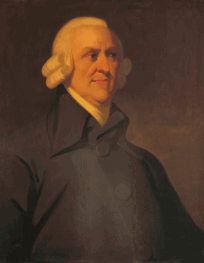 Portrait believed to be of Adam Smith by an unknown artist, c.1800. Smith was reluctant to sit for a portrait during his lifetime and once remarked to a friend 'I am a beau in nothing but my books'. This portrait came originally from a prominent family in Kirkcaldy, the Muir's and though possibly painted after Smith's death, it is thought by many to be a good likeness. The only other portraits of Smith which date to his lifetime are two carved medallions by James Tassie, dated 1787.
© National Galleries of Scotland 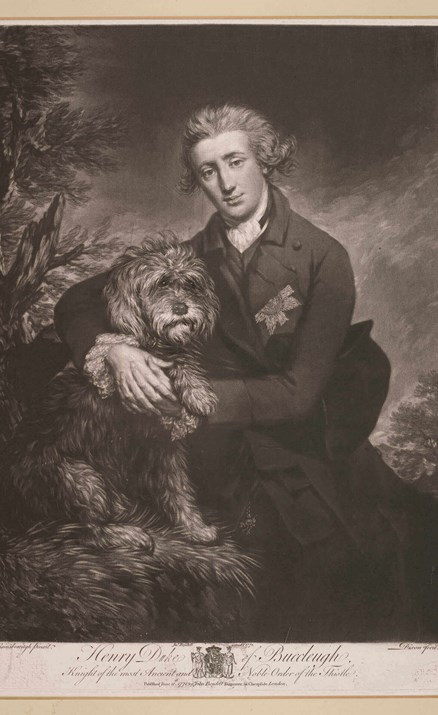 Henry Scott, 3rd Duke of Buccleuch, (2 September 1746 – 11 January 1812), in an engraving by John Dixon after a portrait by Thomas Gainsborough.
Adam Smith acted as tutor to the Duke during his ‘Grand Tour’ of Europe from 1764 to 1766. During this time, Smith met many of the leading thinkers of the day including Voltaire, He also spent a long period in Paris studying and discussing the latest economic and philosophical ideas. Following his return to Scotland, Smith was given a generous annual pension by the Duke which allowed him to be financially independent. Smith continued to advise on the management and improvement of the considerable Buccleuch estates. 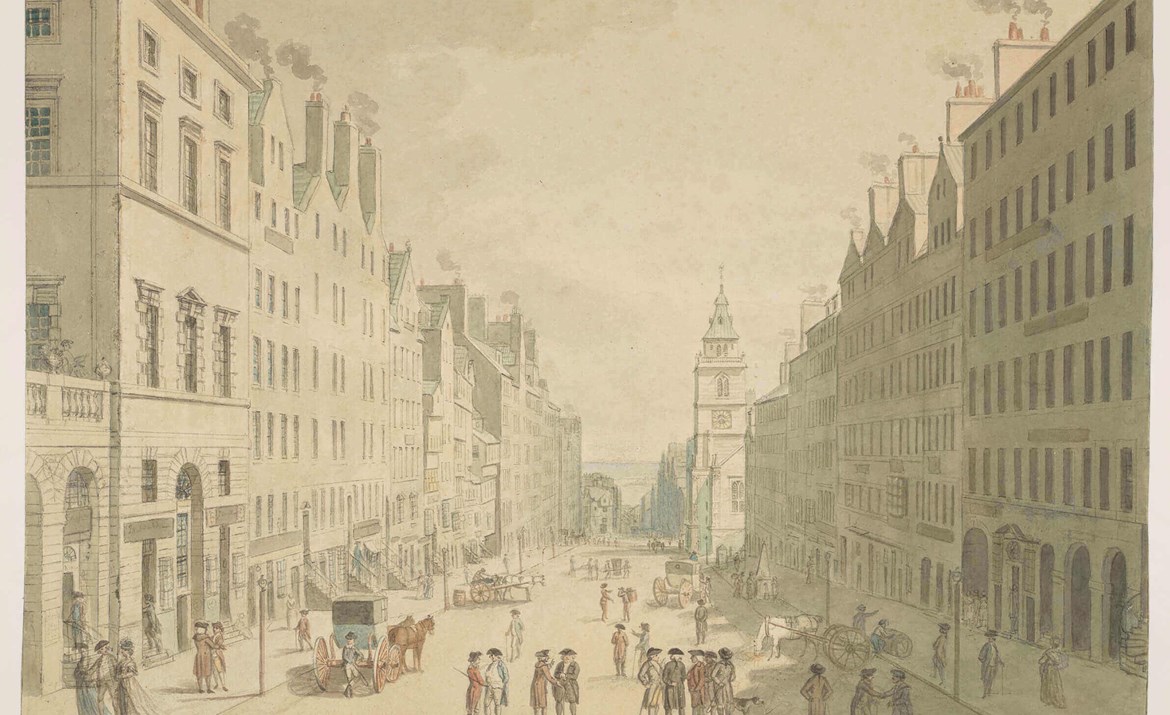 'View of the High Street, Edinburgh, from the East’ by David Allan, 1793

The tower of the Tron Church can be seen in the middle of the composition. David Allan had trained in Italy and was fascinated by the everyday scenes of ordinary life. He collaborated with the poet Robert Burns in providing illustrations to some of his best-known poems. 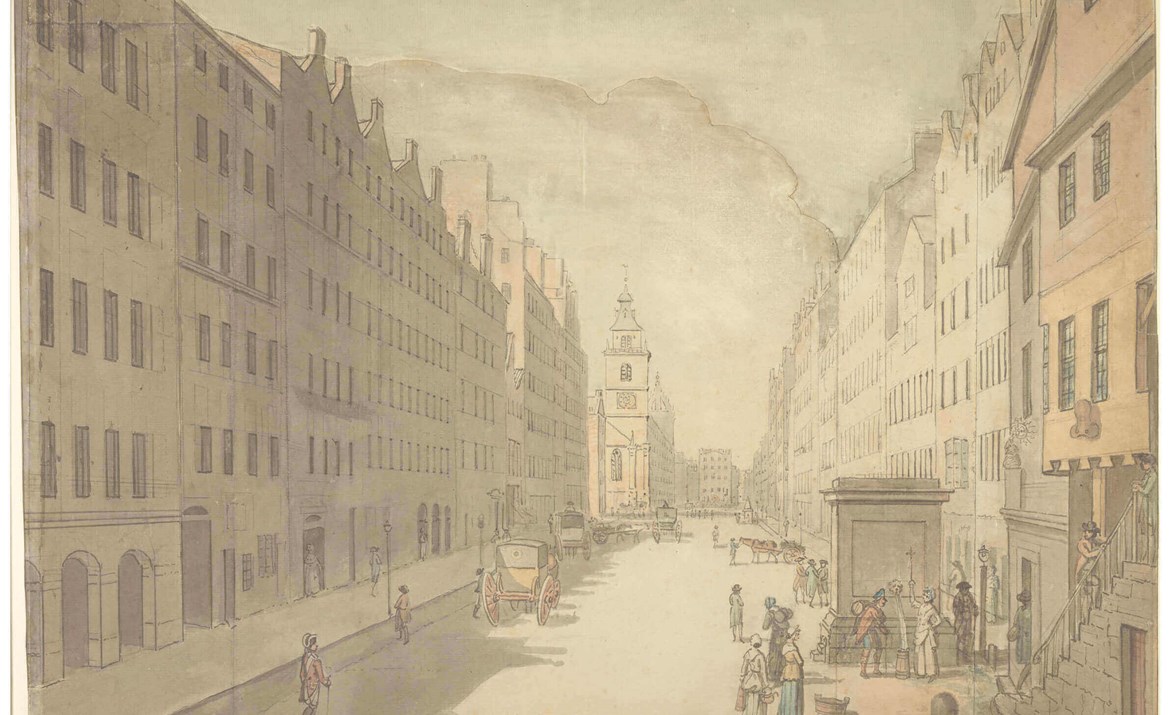 ‘View of the High Street, Edinburgh, from the West’ by David Allan, 1793
The artist captures the busy atmosphere of Edinburgh’s main thoroughfare as it appeared a few years after Adam Smith’s death. The building on the left is part of the Royal Exchange where Smith had his office as commissioner of customs and salt duties for Scotland. It was this appointment that allowed him to settle in Edinburgh and set up home in Panmure House.

This depicts a typical seasonal fair which occurred throughout Scotland and where goods were bought and sold. Adam Smith, who would have been familiar with such fairs, often used the idea of such simple marketplaces to help explain his theories of trade, value, labour and wealth.

© National Galleries of Scotland
Portrait of Adam Smith by the Edinburgh printmaker and caricaturist John Kay, 1790
Smith’s fame, and that of his best-known work, first published in 1776, is reflected in the title of the print. 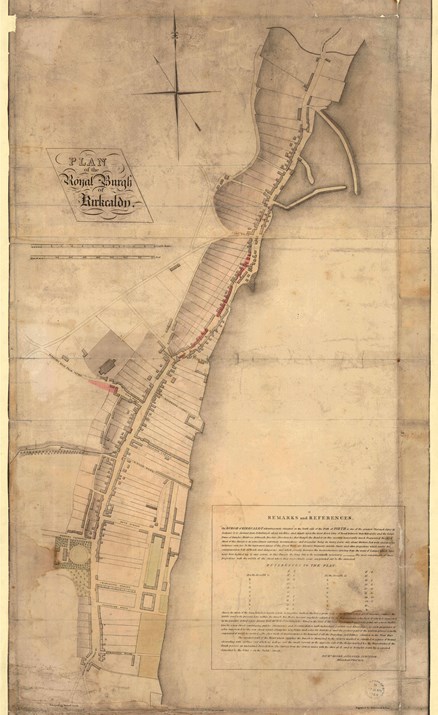 Map of Kirkcaldy by Richard Moore 1809

The town had grown prosperous exporting coal, salt and linen to England and Europe. However, the 1707 Act of Union between Scotland and England had diverted much of this prosperity. Nevertheless, ships, trade and industry would have been familiar to the young Adam Smith who spent much of his childhood in the town.

© Reproduced with permission of the National Library of Scotland 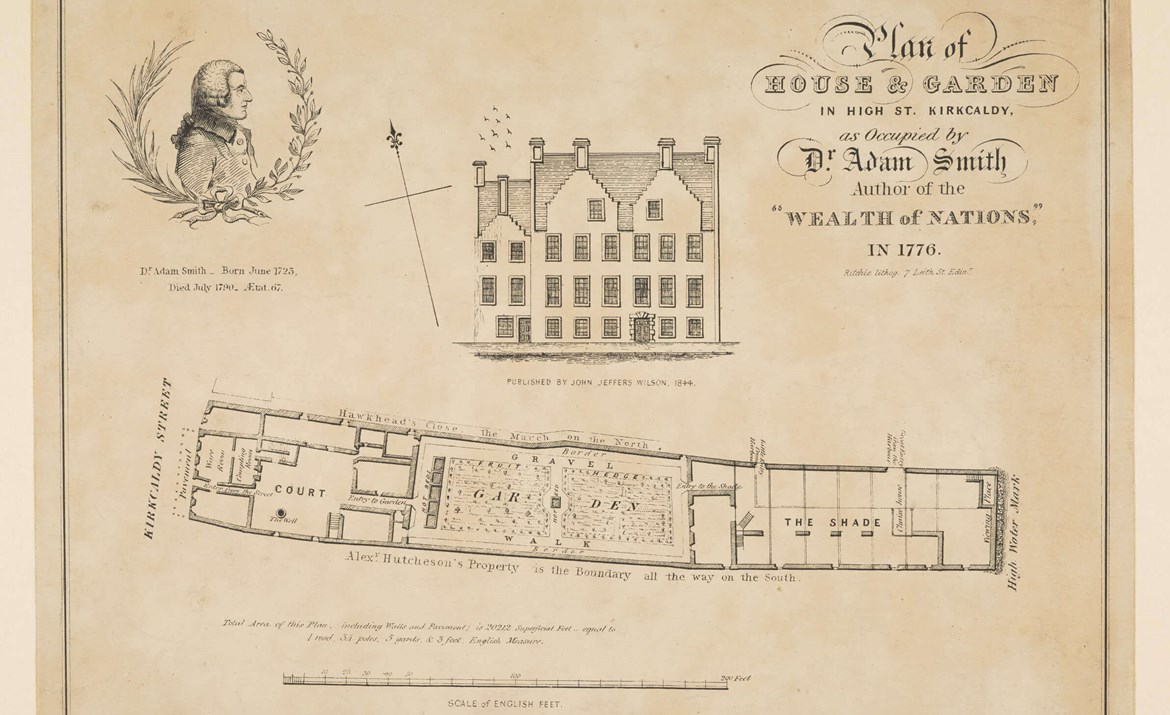 Adam Smith spent his childhood in this house, and then returned to it for prolonged periods in later life to work on his books. Much of the Wealth of Nations was written in Kirkcaldy after his return from Europe in 1766. The house was on the south side of the town’s High Street and its long garden ran right down to the seashore.