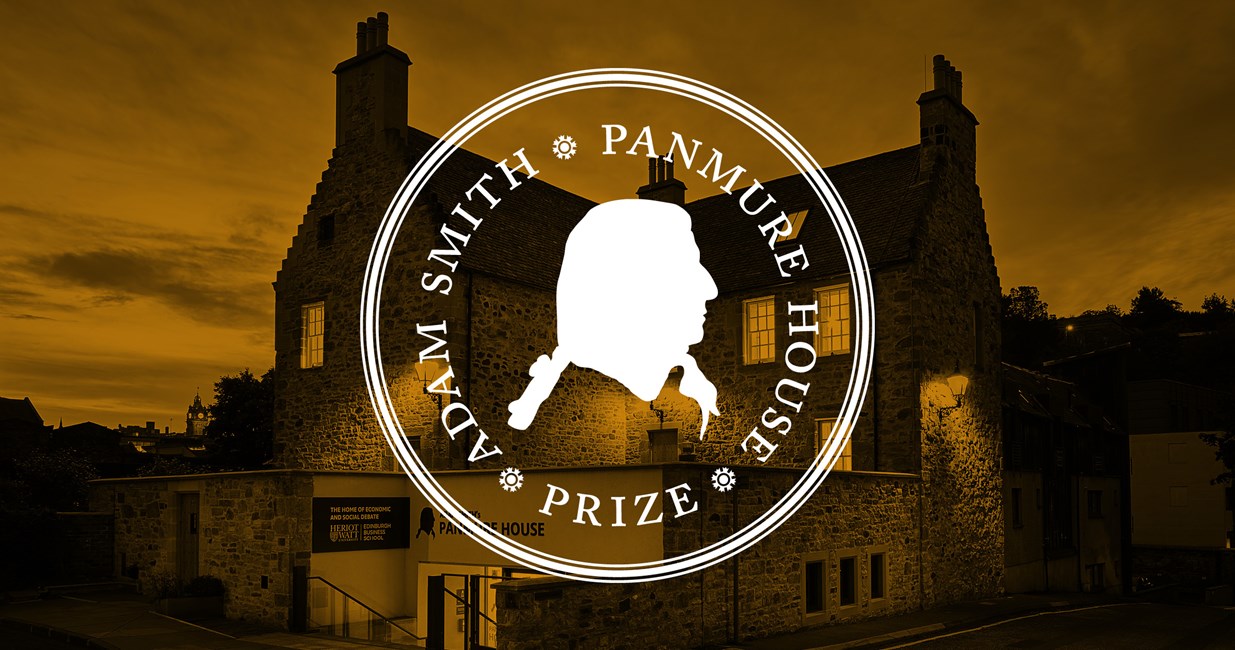 Winner of the Panmure House Prize

Professor Rachelle C. Sampson is the winner of the Panmure House Prize

Edinburgh, UK. 16 August 2021. One of the UK’s largest academic prizes – the Panmure House Prize - has been awarded to US-based researchers leading pioneering work into how long-term breakthroughs occur following assessment by a senior panel of international business leaders and economists.

The prize, which is administered by Edinburgh Business School, Heriot-Watt University in partnership with US-based long-term investment consultancy FCLTGlobal and funded by Baillie Gifford, is named after the eighteenth-century Scottish economist Adam Smith’s final Edinburgh home. It will award $375,000 over five years for research projects into the long-term funding of innovation in the spirit of Smith.

The judging panel – which was chaired by James Anderson, partner at Baillie Gifford, early backers of companies including Tesla, Tencent and Amazon - was keen to recognise research that will lead to actionable innovation in industry. They hope the research could help solve burning questions including health and social inequality, climate change and sustainability.

This year’s inaugural prize was awarded to a team based at the Robert H. Smith School of Business at the University of Maryland, led by Professor Rachelle C. Sampson.

Looking at US patents between 1980 and 2017,  their project aims to demonstrate that long-term-oriented firms – supported by by government-funded R&D, stronger scientific orientation, a more centralised organisation and greater investment– are more likely to produce breakthrough innovations such as Dupont’s nylon or AT&T Bell Labs’ transistor.

In an eleventh-hour decision, the judging panel also decided to award an extraordinary Emergent Thought Award of $25,000 to Matteo Tranchero, a PhD candidate based at University of California, Berkeley’s Haas School of Business.

Tranchero’s work aims to understand how investment figures in the ecosystems where breakthrough innovations occur. His work will focus on an optimum ecosystem of the US pharmaceutical industry, where production of the Moderna, BioNTech-Pfizer and Johnson & Johnson Covid-19 vaccines was among the most responsive globally.

“Prizes have long proven to be wonderful catalysts for change but the link between Panmure House and the extraordinary heritage and global reputation of Adam Smith gives us an almost unparalleled opportunity.

“Finance and academic economics have generally taken the wrong path in recent decades. But both now have the possibility of breaking out from the dead hand of unrealistic theories.

“The prize is an opportunity to attract the highest calibre of applicants to achieve that goal and I can’t imagine not wanting to be involved. The chance to hear from remarkable individuals, spanning the best of investment practice and profound intellectual insights and to hear them discuss the issues and papers together is a huge privilege.

“I congratulate Professor Rachelle Sampson and Matteo Tranchero on their outstanding proposals and wish them the best of luck as they undertake their research.”

“This prize will support research that will help shed light on the critical importance of long-term investment horizons for the breakthrough innovation necessary to solve some of our most pressing challenges.

“It’s truly an honour to be connected with Panmure House, home of Adam Smith and a gathering place of many luminaries of the Scottish Enlightenment.  I’m grateful to the esteemed panel of judges and Panmure House for the opportunity to accelerate this research and bring it into the public eye.”

“I am humbled that my research has been recognised by such an illustrious panel and I can’t get wait to get started.

“My theory is that transformative change is quite like losing your keys at night. We tend to start looking in the areas we are comfortable with – in the lamp light – even though we quickly see the keys aren’t there and we might make slower progress. Looking in the dark areas is a greater risk but promises greater rewards and – like firms – it’s there that innovation needs support to thrive.

“I hope my research will show that funding could pivot towards rewarding failure, rather than success, as a means of unlocking more breakthrough innovation.”

“We have founded this Prize in the spirit of Adam Smith to help bridge the gap between academic theory and its practical application in business. We believe that long-term investment is a prerequisite of truly radical innovation, and our mission at Panmure House is to engage in research that promotes the creation and maintenance of sustainable capital to this end.

“My congratulations to our winners – their research will become part of a grand tradition stretching all the way back to the height of the Scottish Enlightenment, when Smith himself was resident at Panmure House.”

About the Panmure House Prize

The Panmure House Prize is an award of $75,000 each year over the next five years ($375k total) to emerging leaders in academia who are planning to produce outstanding research on the topic of the long-term funding of innovation in the spirit of Adam Smith, the eighteenth-century Scottish economist and philosopher.

A separate Emergent Thought Award is an extraordinary award of $25,000 each year over the next five years ($125k total) judged on the same criteria.

Applications were sought from anybody affiliated with an academic institution around the world with a particular emphasis on early career researchers.

The Panmure House Prize Panel will judge submissions alongside Panmure House staff and FCLTGlobal – a US-based non-profit with the mission of rebalancing capital markets to support a long-term, sustainable economy – who will be the Research Partner for the Prize. The prize has been generously funded by Baillie Gifford.

Rachelle C. Sampson is an Associate Professor (with tenure) at the University of Maryland, Smith School of Business. A graduate of Queensland University of Technology and the University of Michigan, Ann Arbor where she earned her PhD, Sampson has spent her career investigating efficiencies and relationships within and between the private and public sectors, investor time horizons and R&D. Prior to joining Maryland, she was Senior Policy Scholar and Visiting Associate Professor at the Georgetown University, McDonough School of Business and Assistant Professor at New York University’s Stern School of Business. She is a regulator media commentator on corporate issues and has contributed to McKinsey Quarterly, the Harvard Business Review, Bloomberg and Vox.

Matteo Tranchero is a PhD candidate in Management of Organisations at the University of California, Berkeley’s Haas School of Business. His dissertation will be convened by Lee Fleming, Abhishek Nagaraj, Toby Stuart, and Enrico Moretti. He has spoken and published widely on innovation topics including in Research Policy. His prior education includes a BSc and a MSc in Economics from the Sant’Anna School of Advanced Studies and the University of Pisa, as well as visiting periods at the École Normale Supérieure and the Georgia Institute of Technology.

Winner of the Emergent Thought Award of $25,000 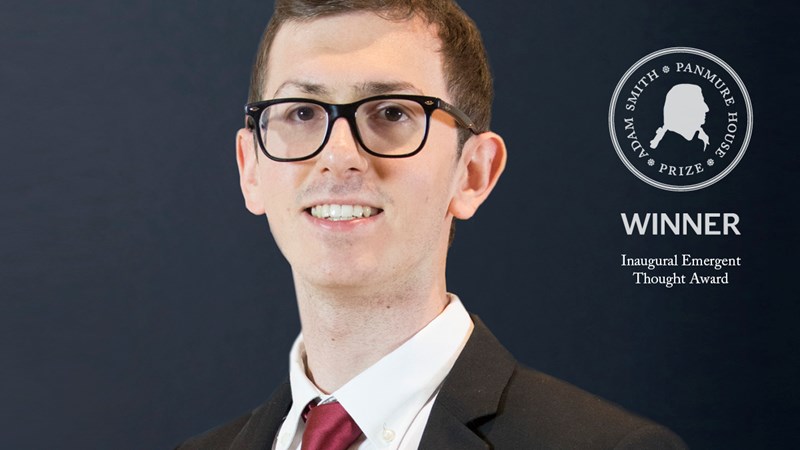 Matteo Tranchero, a PhD candidate based at the University of California.