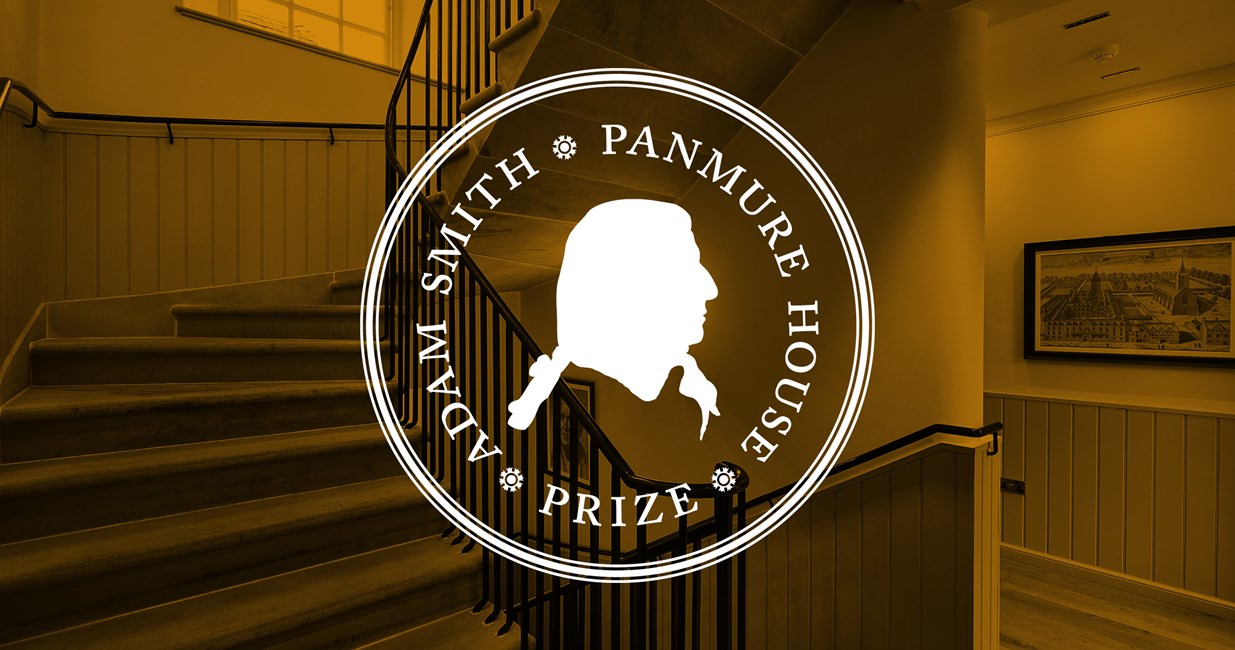 The Panmure House Prize is an award of $75,000 each year over the next five years to emerging leaders in academia who are planning to produce outstanding research on the topic of the long-term funding of innovation in the spirit of Adam Smith, the eighteenth-century Scottish economist and philosopher.

The prize is named after Smith’s final home in the heart of Edinburgh’s Old Town, which has been restored and reimagined by Heriot-Watt University as a centre for social and economic debate and research in the 21st century.

It is hoped the prize will shine a light on new ways to encourage longer-term investment into radical innovation, leading to solutions to some of the world’s most burning questions, including social inequality, climate change and sustainability. Applicants have to submit a research proposal of no more than 3000 words by April 15, 2021, and the inaugural winner will be announced in July.

Among the panel of judges, which includes some of the world’s most renowned economists and business leaders, are chair James Anderson, partner at Baillie Gifford; Adrian Orr, governor of the Reserve Bank of New Zealand; and Hiro Mizuno, Special Envoy to the UN.

The Panmure House Prize Panel will judge submissions alongside Panmure House staff and FCLTGlobal – a US-based non-profit with the mission of rebalancing capital markets to support a long-term, sustainable economy – who will be the Research Partner for the Prize. The prize has been generously funded by Baillie Gifford, which has committed $375,000 to fund the awards over the next five years.

Applications open today to anybody affiliated with an academic institution around the world, with the inaugural winner announced in July. Applications are particularly sought from early career researchers, including post-doctoral students.

The announcement of the prize coincides with the 200th anniversary of Heriot-Watt University.

The winner of the Prize will be invited to present the findings of their research proposal to the Panel at Panmure House in Edinburgh in July 2022 (subject to global health conditions), when the following year’s Prize recipient will also be announced.

Professor Heather McGregor, Executive Dean of the Edinburgh Business School at Heriot Watt University, said: “The aim of the Prize is central to the mission of Panmure House, the final remaining home of globally renowned economist and philosopher, Adam Smith.

“Adam Smith used to bring the finest minds of the day together in Panmure House to tackle some of the world’s biggest problems. We wish to carry on his legacy through inviting the finest minds today to try and identify how best to develop long term funding, which will enable radical innovation.”

“I am delighted that we can recognise the University’s bicentenary in such a unique and memorable way.”

James Anderson, Partner at Baillie Gifford and Chair of the Panmure House Prize Panel said: “We’re delighted to support the inaugural Panmure Prize. It’s a great opportunity to focus on the contribution that serious and innovative long-term investment can make at a time when it is desperately needed. We very much look forward to reading and discussing a plethora of important papers.”

The Panmure House Prize is, in the first instance, funded for five consecutive years.

“Over two centuries, our mission has remained the same; to create and exchange knowledge for the benefit of society. I’m delighted the inaugural launch of the Panmure House Prize is being delivered in the same spirit and I wish each of the entrants the very best of luck.”