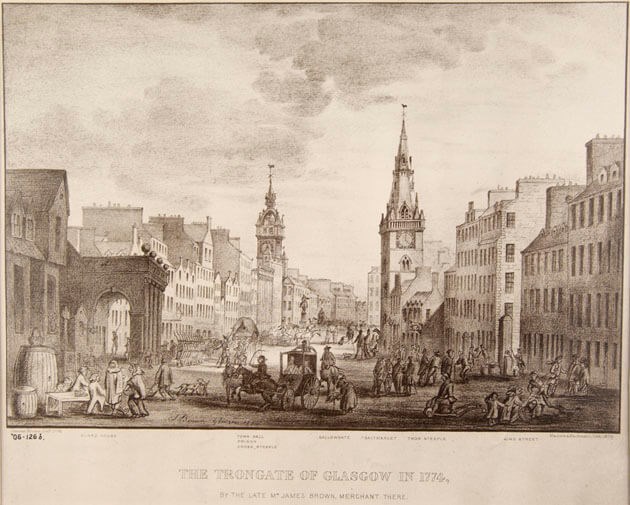 In his final years, Adam Smith became a familiar figure in Edinburgh. He shared Panmure House with his mother and his cousin, Janet Douglas. His much younger cousin, David Douglas, also lived there while receiving his education in Edinburgh. One visitor recorded that he ‘felt strongly the impression of a family completely Scotch’.

Panmure House became a regular meeting place for the LEADING FIGURES of the literati of the city. Even though Smith is described as being very absent-minded and prone to being taciturn, he had many friends and admirers.

He had also been described while in France by one of the aristocratic hostesses he encountered as being ‘as ugly as the devil’. He himself remarked that he was ‘a beau in nothing but his books’ – a reference to his extraordinary library which he brought with him to Panmure House.

During this time he produced several revisions to both THE THEORY OF MORAL SENTIMENTS and the WEALTH OF NATIONS. He also began work on a history of government and law, as well as of literature. Neither was finished by the time of his death in 1790, and his strict instructions to his executors to destroy all his unpublished papers means his last work is lost.

Adam Smith died, unmarried, in 1790, two years after his mother, and was buried in the nearby kirkyard of the Canongate Church.

Portrait believed to be of Adam Smith by an unknown artist, c.1800. Smith was reluctant to sit for a portrait during his lifetime and once remarked to a friend 'I am a beau in nothing but my books'. This portrait came originally from a prominent family in Kirkcaldy, the Muir's and though possibly painted after Smith's death, it is thought by many to be a good likeness. The only other portraits of Smith which date to his lifetime are two carved medallions by James Tassie, dated 1787.