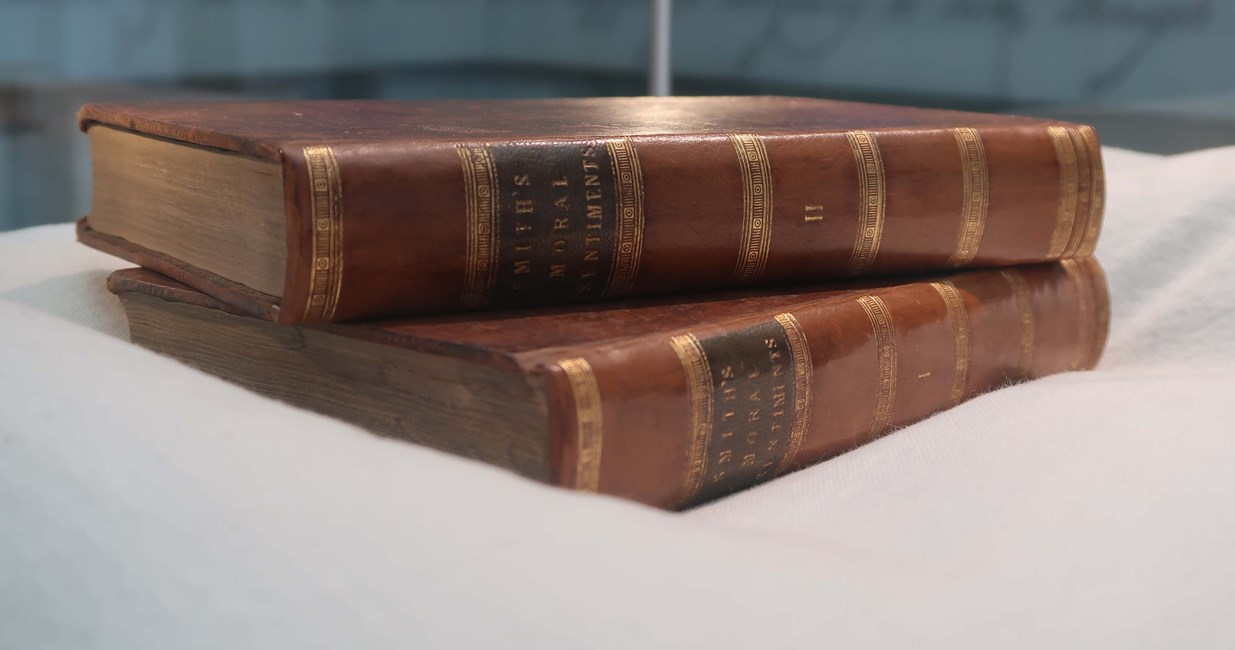 ‘Of the Nature, Accumulation, and Employment of Stock’

In the second part of the Wealth of Nations, Adam Smith deals with the idea of stock – his term for any resource created or owned by an individual or business. It can be raw materials, provisions, finished goods or money. Smith divides stock into two categories; that which is needed for immediate consumption, and that which forms a surplus which can then be saved and made to generate a revenue. He terms this as ‘capital’ and goes on to show how it can be used to increase wealth.

Capital can be reinvested to increase specialisation, leading to more production and a larger surplus, creating an even greater accumulation of stock, capital and revenue. However, stock is initially required to sustain production prior to its sale or exchange.

Smith then goes on to discuss the role of money as a means of exchanging stock, capital and revenue. He also examines different forms of labour, both productive and unproductive, by which he means work that exceeds its costs and replaces capital, thereby allowing for future investment, as opposed to work which has no longer term material benefit.

Smith argues that money has no intrinsic worth; its value lies in what it can be exchanged for. He illustrates this point by showing how the value of single coin, paid as a pension or wage, to a single person, is multiplied on a national scale as it goes through subsequent transactions and is exchanged many times for different goods. National wealth therefore cannot be measured simply by the amount of money in circulation, but should be based on what is produced and traded.

But the amount of the metal pieces which circulate in a society can never be equal to the revenue of all its members. As the same guinea which pays the weekly pension of one man to-day, may pay that of another to-morrow, and that of a third the day thereafter, the amount of the metal pieces which annually circulate in any country must always be of much less value than the whole money pensions annually paid with them.....That revenue, therefore, cannot consist in those metal pieces, of which the amount is so much inferior to its value, but in the power of purchasing, in the goods which can successively be bought with them as they circulate from hand to hand.

By saving large parts of any surplus as capital, and not spending it on unproductive labour such as servants, or on luxuries, a frugal individual can use it to expand their business so creating greater wealth.

In all countries where there is tolerable security, every man of common understanding will endeavour to employ whatever stock he can command in procuring either present enjoyment or future profit.

Though the manufacturer has his wages advanced to him by his master, he, in reality, costs him no expence, the value of those wages being generally restored, together with a profit, in the improved value of the subject upon which his labour is bestowed. But the maintenance of a menial servant never is restored. A man grows rich by employing a multitude of manufacturers: he grows poor by maintaining a multitude of menial servants.

Whatever part of his stock a man employs as a capital, he always expects is to be replaced to him with a profit. He employs it, therefore, in maintaining productive hands only; and after having served in the function of a capital to him, it constitutes a revenue to them.

Whatever, therefore, we may imagine the real wealth and revenue of a country to consist in, whether in the value of the annual produce of its land and labour, as plain reason seems to dictate; or in the quantity of the precious metals which circulate within it, as vulgar prejudices suppose; in either view of the matter, every prodigal appears to be a public enemy, and every frugal man a public benefactor.

The person who employs his stock in maintaining labour, necessarily wishes to employ it in such a manner as to produce as great a quantity of work as possible. He endeavours, therefore, both to make among his workmen the most proper distribution of employment, and to furnish them with the best machines which he can either invent or afford to purchase.

Whatever a person saves from his revenue he adds to his capital, and either employs it himself in maintaining an additional number of productive hands, or enables some other person to do so, by lending it to him for an interest, that is, for a share of the profits. As the capital of an individual can be increased only by what he saves from his annual revenue or his annual gains, so the capital of a society, which is the same with that of all the individuals who compose it, can be increased only in the same manner.

By what a frugal man annually saves, he not only affords maintenance to an additional number of productive hands, for that or the ensuing year, but, like the founder of a public workhouse, he establishes as it were a perpetual fund for the maintenance of an equal number in all times to come.